TGIF!  It was my birthday yesterday and it was a FABULOUS day!  I took the day off of work, but alas, I didn’t get to sleep in because of a four-legged pup who does not know what it means to sleep in.  My husband got me a Fitbit Inspire HR.  I’ve had the same Garmin watch for almost three years, and while I love it, I wanted something more lightweight and thinner.  I’ve only worn it for a couple of days, but if any of you are interested, I can do a post sometime in the future to let you know how I like it.

Later in the morning, we were off to the hospital for Kayla’s three-month oncology follow-up.  After her labs were drawn and an ultrasound performed, we waited to see the oncologist.  And waited.  And waited some more.  Finally, two hours after Kayla’s scheduled appointment time, we saw the oncologist and it was well worth the wait because the cyst in her ovary has SHRUNK!!  Dr. Goodheart said that although he has suspected all along that this cyst was benign and nothing to worry about, the fact that it has shrunk has just confirmed his suspicion because as he put it, “Something that’s bad does not shrink.”  In addition, Kayla’s tumor markers continue to be normal, so we were so happy and relieved to hear that everything continues to be fine.  Kayla will do one more follow-up in November and then she can do her follow-ups every six months in lieu of three.  Dr. Goodheart was repeatedly apologetic about the waiting time, but seeing his genuine joyful reaction when Kayla handed him an invitation to her wedding in October made the waiting worth it!

It was 2:00 by the time we left the hospital and we were all starving!  Since it was my birthday, I got to pick the restaurant, so we went to Monica’s, one of my favorite places to eat.  Accompanying me were my husband, David, Kayla and her fiancé, Riley, my oldest daughter, Haley, and her stepson, Jack, and my best friend, Shari.  The kids presented me with gifts:  a Yeti mug and straw from Kayla and Riley, and a wine tumbler and fuzzy blanket with dogs from Haley and Jack.  We ate until our bellies were on the verge of bursting and I don’t think I’ve laughed so much in my life. 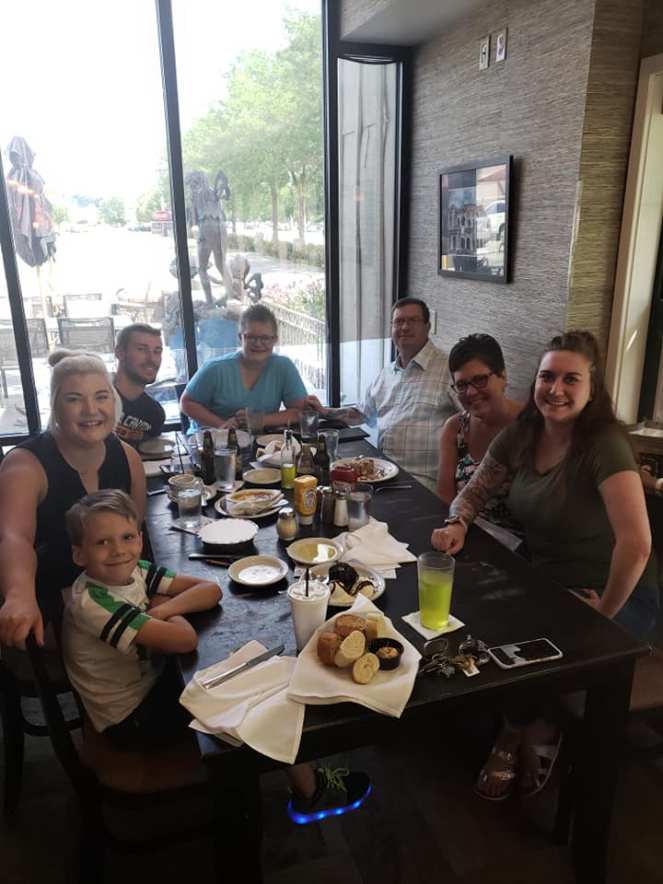 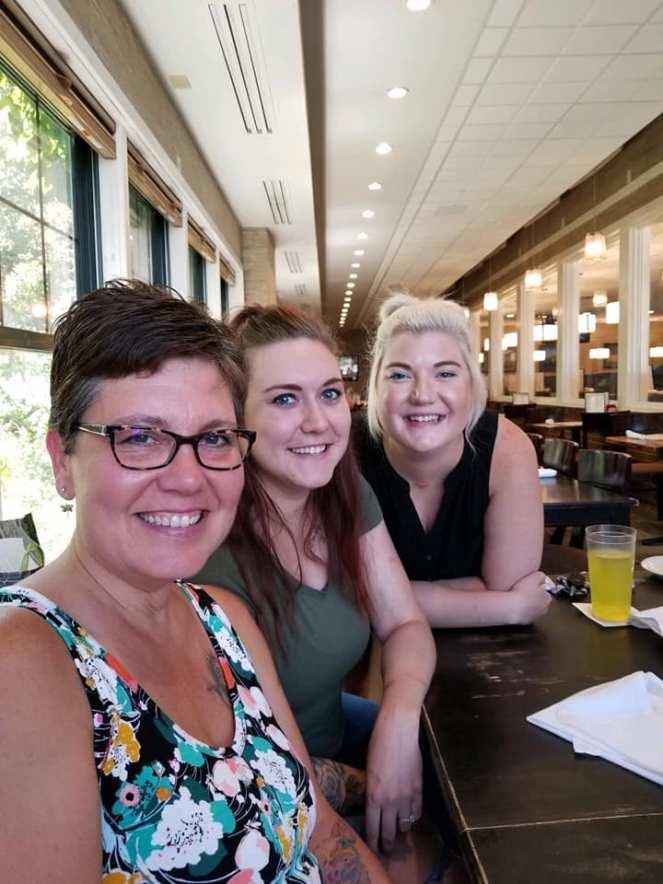 After lunch, we went back to our house and hung out on our backyard patio, and by the end of the day, I wanted to pass out, kind of like Jack did after lunch:

I couldn’t have had a more perfect day to celebrate the fact that I’m now 53!

May your glass always be full, 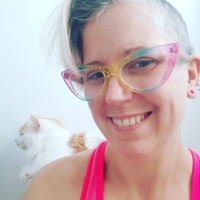